Skip to main content
Posted by Kiwi On Screen December 13, 2019

Your Image: But who owns the Copyright? 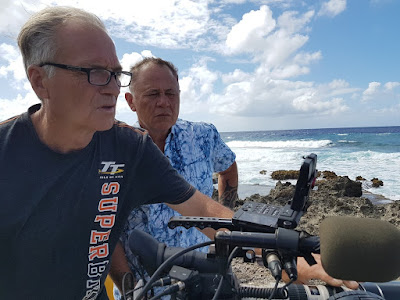 A camera crew arrive to shoot a documentary about you and your whānau, it's exciting, nerve wracking but you are getting your story out.   The director or reporter are very good at putting you at ease in front of the camera.   For that time their entire focus is on you and your story.

You ask if you can have a copy of the footage afterwards.   Often they will agree, in this day and age of digital transfers at the push of a button it is not a problem and will only take a bit of time.

But who does this footage belong to and what happens after the story has gone to air?

If the story is News then you won't be asked to sign a release form or waiver.  It is "understood" that because you were interviewed and recorded on camera your consent was implicit.  In plain language you knew the camera was there you knew you were being asked a question or making a statement for a news item therefore you agreed.  Kind of like a "handshake" agreement.

When the item has gone to air that story is stored in an archive usually based on the date it was broadcast or seen on television.

Children need to have adult consent by their parents or guardians.  There are many rules around filming children affording them protection, as there should be.

Usually the rights are world-wide and in perpetuity - that is forever!    Waivers only came in about 30 years ago but that leaves older programmes in a precarious legal standing.

Michael King's 1974 Tangata Whenua television series was directed by Barry Barclay (Ngāti Apa) who wrote that the agreements between the kuia (elderly women) and their family, extended families and tribe were totally verbal.  The agreement still stands to this day although it can be challenged particularly by the broadcaster who also has rights.

As you can imagine getting Māori to sign such a waiver can be a challenge.

I worked on many Māori television programmes including Koha (1980 - 1989) and Waka Huia (1988 - today).   Māori elders looked at Waka Huia as an opportunity to pass on their knowledge in their own language to future generations.  They would not have agreed if they were asked to sign away their rights to their images.

Māori kaumātua, kuia today still hold these same basic beliefs, that they are recording their stories and lending their images and sharing their knowledge for present and future generations.


The policy in the film and television industry is that everyone who appears in front of the camera
is required to sign a release form.  The form gives the “Producer” or the Production Company
all rights to your image and can use it and distribute in any manner on any platform existing
or may yet be created.

When producing Waka Huia and other Māori programmes the release form was discussed
but it was generally agreed that the form would create more problems than it solved.
Imagine bowling up to a kaumatua with a paper that says we can use his image in anyway and
anywhere we think fit!

Instead verbal assurances were given that what we were filming would appear only in that programme.   We also took comfort in the fact that the programmes were totally in te reo Māori and who else would be interested in this footage than other Māori?

I don’t think as gatherers of stories we thought about copyright and who actually owned the footage.
But according to the general law the producer or the company that makes the programme owns
the footage. There are of course layers to this discussion like who paid for it, who broadcast
and commissioned it and so on?

But Northern (Europe, USA) law around copyright differs totally to Māori and other Indigenous peoples understanding. 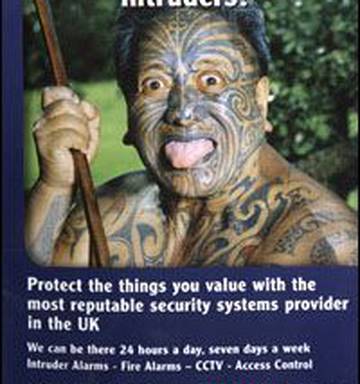 Look at it this way.  If I took a photo of a carving at Hiruharama Marae, on the whare tipuna (ancestral house) Kapohanga who owns the copyright of the photo?

To the hapu (families) of Hiruharama in Ruatorea that carving belongs to them. It is an ancestor, an actual person. It was carved by Pine Taiapa. They know the history of that 'carving' they are descendants of that 'carving' it is the embodiment of their ancestor.

But according to the copyright law I own the photo and I can therefore on sell the photo to whoever I like.


In 2004 a German photographer took a photo of Tame Iti for a book on tā moko (traditional Māori tattoos).
A year later the photo appeared in a security systems advertisement in the United Kingdom.
Tame Iti threatened to sue but unfortunately had little legal redress.
He had agreed to have his photo taken. The photo belonged to the photographer.

The photo had been on sold by the photographer to Getty Images and the security company had paid
a fee to use the photo in its advertisement.

In another similar example Māori bearing the traditional moko or tattoo were photographed for an international book.  The book was duly published but a few years later the same photos appeared in a story about international gangs.   The original photographers had licenced the photos to be used in other publications.

Why do production companies need the release form?  It is so they can assure the broadcaster whether it is in New Zealand or overseas that they have to rights to show the programme and the content in it.   They are also free to make teasers or trailer, short audio visual clips that promote the programme.  Photos can also be taken from the programme.

Now most production companies, reporters, directors and story-tellers take their obligations seriously.  They need to come back again, they need to be seen as credible, reliable and honest in their dealings.   In a country the size of New Zealand with it's much touted two degrees of separation less than scrupulous dealings are quickly uncovered.    In the Māori world unfair dealings are not only remembered but passed down for generations.  There needs to be a huge leap of faith and respect on both sides.

But it pays to be aware of how your image is used and can be used in the future.