“Hollywood is running out of ideas ... and where do they turn? Indigenous people,
ethnic people ... Korea, Japan, they turn to anywhere outside of America ...
because that's where the interesting stuff is.”
-Taika Waititi at TIFF 2018


What are Indigenous films?

Of course his stance isn’t the same for every Māori film director.

Lee Tamahori director of Once Were Warriors , 1994 has also directed seven international films including Die Another Day in 2002 which at the time was the top earning Bond film.   Lee returned to New Zealand and directed Mahanga in 2016 which he said at the time was his proudest film.

Likewise Taika Waititi has directed films such as Boy 2010 and Hunt for the Wilderpeople 2016 regarded as Māori and definitely New Zealand films but has  created films from What we do in the Shadows 2014 to Thor: Ragnarok 2017 and Jojo Rabbit 2019.

Indigenous films aim to reflect their culture and tell their unique stories from their own cultural perspective. 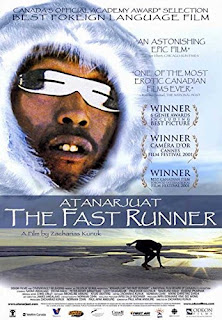 Inuit (the people) of the far north regions of Alaska, Siberia, Canada and Greenland are reflected in his epic films as part of the landscape, language and culture where Kunuk lives, works, and hunts.

His feature film Atanarjuat: The Fast Runner, 2001 was the first feature film entirely in Inuktitut, the language of the Inuit, features Inuit actors and tells Inuit stories.

So what’s the fuss?

For Indigenous people watching a film about your people as told by outsiders is often cringe-inducing.

Do your remember Bruce Lee’s Enter the Dragon 1973 where a loud-mouthed foreigner was set adrift.  In the movie it was said he was a New Zealander but every Kiwi watching that film knew he was an Aussie.

How could they get that so wrong?

Actually films and television have been getting Indigenous cultures wrong for years.  There is a hilarious documentary called Reel Injuns – On the Trail of the Hollywood Indian, 2010 directed by Neil Diamond a Cree filmmaker who states in the film that “most Indians don’t ride horses or wear feathers, but in the movies, they always do”.

Native American cultures think' Cowboy & Indian' have been misrepresented in films for over a century and it still happens today.

But perhaps there has been a turning point.   Walt Disney Animation Studios the largest production company in the world has been dogged with accusations of cultural appropriation

With Moana 2016,   Disney set up the Oceanic Trust made up of anthropologists, cultural practitioners, historians and linguists from various Pacific communities to advise on the film.

In 2017 Tweedie Waititi, with her brother Taika Waititi, and actress Rachel House spearheaded the te reo Māori version of Moana. 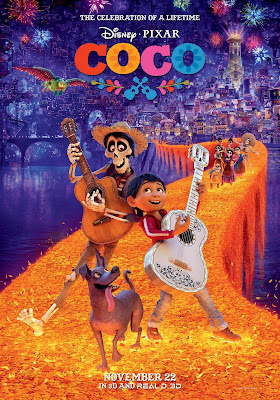 Disney would repeat this exercise with Coco, 2017  film based on the Mexican celebration of the dead releasing it in English and Spanish.


More recently in Frozen 2 2019  Disney signed a formal agreement with the Sámi of Norway, Sweden and Finland, as well as the Saami Council, which promotes the group’s rights internationally.

An advisory group was formed of Sámi artists, historians, elders and political leaders.

Disney also produced a version of the film in the Sāmi language.

As Taika Waititi says, Indigenous people, ethnic people ....is where the ‘interesting stuff is’.


Hineani Melbourne is an award winning Māori producer, director and writer and is Toihau/Chair of Ngā Aho Whakaari Māori in screen.