Seeing ourselves: Colouring The Screen


Stop the press:   Here's some breaking news.   Kiwis are multi-cultural and multi-ethnic, but is it reflected on our screens?  If you watch New Zealand (NZ) television you would be forgiven for thinking there were few Māori or Pasifika  unless they were breaking the law.  And definitely few Asians.  Mainstream NZ television in fact gives viewers a very distorted view of the cultural makeup of our country.

It's why I got into television.   At that time television sets had been plonked into the hearts of homes.  Almost overnight homes where only Māori was spoken had a box in their inner sanctum reflecting a European view of the world with English the only language heard.   There were few Māori in television.  Māori movers and shakers knew it was important our stories were seen and our language heard.

For so long "us" Māori, the screen industry, that is film and television hasn't included "us".  No little brown kids running around on screen unless it's something to do with being poor or bad.  No language other than English.  It's like we didn't exist.

For us who work in the Māori and Indigenous screen industry world wide, we want to see ourselves in our stories through our world view.  We want to see our children, our people, see our own culture, hear our language.

It is so important.   Like it or not what's seen on the screen is a reflection of what we perceive as "our society".

Lisa Nicols in The Secret movie talks about her heroes, and they were Wonder Woman,  Charlies Angels and the like.  Great women who are amazing role models but none of them looked like her, with her 'mocha coloured' skin and curly black hair.

Sounds simple?   Include others reflect back the glorious rich cultures of our world.

Well not when you don't have control.

In the 2010 Canadian documentary "Reel Injuns" explored the portrayal of Native American's in Hollywood films.  The film states most Indians didn't ride horses, wear feathers or hunt buffalos but that's how all Native Americans or Indians have been portrayed in over 100 years of movies.  It has become how the world sees the culture of the Native Americans.

In fact Native Americans, as defined by the US Census, are made up of more than 570 "federally recognised" tribes - I am presuming that there are other tribes not recognised by Federal authorities - plus Alaska Natives of all ethnicities.   These tribes have their own languages and cultures forged and wrapped around the land and resources where their people have lived for  centuries.   Each tribe is different and unique.

For the Australian aborigines their multiple language and cultures have until recently been crunched down to a popup role in Australian based films running around in a red desert dressed in a loin cloth and painted up with maybe a little dance thrown in for good measure.

Indigenous screen practitioners are trying to change how their people are seen on screen.   Television is one example where moves have been made.

It's why entities like the Aboriginal Peoples Television Network (APTN) set up in 1992 broadcasts in multiple First Nations languages as well as English and French, is so important.

Māori Television began broadcasting in 2004 tasked to promote and contribute to the revitalisation of the Māori language and culture.
Australia has the National Indigenous Television (NITV) is the channel for and about Aboriginal and Torres Strait Islander people.  Set up in 2007, in 2012 it became part of SBS in 2012.    NITV informs, educates and entertains its Indigenous and non-Indigenous audiences about the issues that matter the most to Indigenous Australians.  It provides a rich diversity of cultures, languages and talent.

Indigenous communities have set up their own television channels and using the internet to promote their own stories, their own point of view, struggles and reflecting their own people. 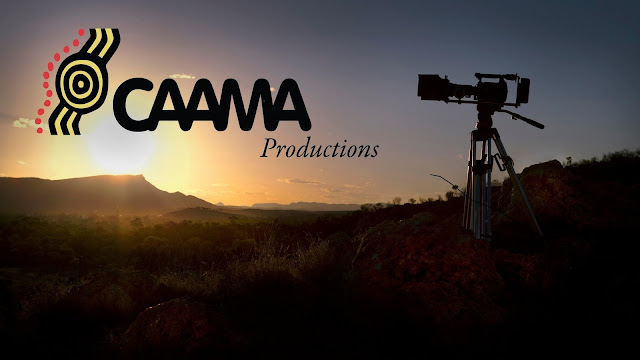 Broadcasting to our own people is not easy.  Indigenous youth and families have access like everyone else now to the world wide web, multiple video and television services but it's there and its a start.

Let's see what the new year will bring in terms of indigenous on screen and add a bit of culture and colour to our screens.