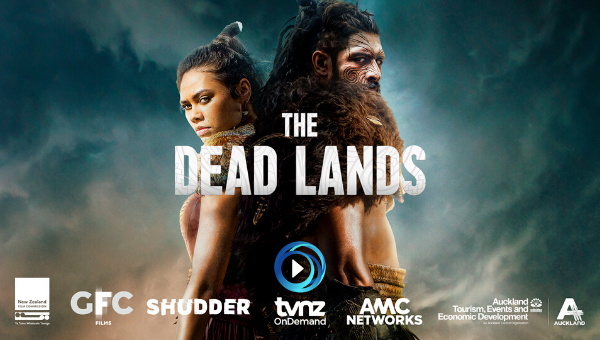 I admit it!  I hate zombie movies – it’s so ridiculous.   I think that makes me a minority – yet again!

I decided to watch it with my sons aged late teens to early 20s.  They’re haka (traditional Māori performing arts) fanatics, speak Māori and love their films.   They enjoyed “The Dead Lands” film with lots of action, blood and gore.

But from the outset there was shock and horror with " The Dead Lands" and it wasn’t the violence all beautifully shot and executed, no the shock and horror was they spoke English!  It was rather beautiful English actually but not in te reo Māori.   That took some adjusting for all of us.

Then the coming back to life and the regeneration of severed limbs and heads thing?  Zoombies! I was itching to pick up the book I’d put down to watch the series go to air.

Because it was named “The Dead Lands” the same as the film and it starred Te Kohe Tuhaka we were expecting a series in te reo Māori, in the Māori language.  Then to add zombies and an afterlife which is definitely not part of our traditions was confronting and initially confusing.

Once the shock passed, the boys watched the entire first two episodes.    I have a sneaking suspicion they rather enjoyed it and will probably watch it again.

As Te Kohe Tuhaka warns, the eight-part supernatural, action drama The Dead Lands is entertainment and not a documentary about Māori culture and traditions.  He says it’s not a historical remake but rather inspired by our people, our language and rituals.  The story in the TV show is made up.

Te Kohe Tuhaka who was awesome in the original film and is set to shine in this series is one of a wealth of Māori talent on screen.


The series follows the adventures of Waka Nuku Rau (Tuhaka), a Māori warrior sent back to the world of the living to redeem his sins. There, he encounters, Mehe Te Wehiwehi (Darneen Christian), who becomes his protege and moral compass and, together, the pair try to fix a broken world where the dead battle the living.

I loved the strong female roles and the tribal, whānau (family) intrigues.

Producer, Tainui Stephens  says "the modern Māori world thrives because our story traditions insist we respect the past before we explore the potential of the future. With The Dead Lands, we’re proud to bring our people and those traditions to global audiences."

It will be broadcast in New Zealand on TVNZ On Demand and streamed exclusively on AMC Networks’Shudder in the US, Canada, Germany, UK and Ireland.

“The Dead Lands” is the first New Zealand series commissioned directly by a US network, AMC Networks.   It is anticipated that it will be one of the largest audiences ever found for a New Zealand TV series.

The series showcases Māori traditional disciplines of weaponry and has been shot on location in Auckland, New Zealand. 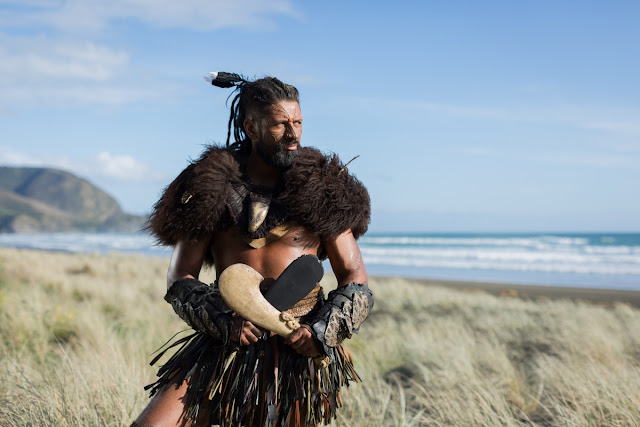 Disclaimer:  Hineani Melbourne is a producer, writer and advocate for the Māori screen industry.  These are her personal opinions.