Skip to main content
Posted by Kiwi On Screen November 19, 2019 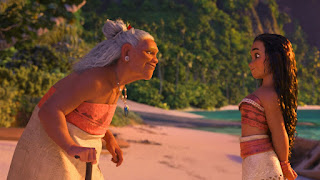 To be a Consultant on a film or drama series is no easy task.  The job can range from taking a script with a crew on standby ready to shoot and quickly adding an accurate cultural component to being shown a script and asked to add the "Māori" or "cultural" bits.    Others are much easier where  the producer, writer/s and director have done their homework and have already put in a lot of thought and energy into making their film as authentic as possible.

A friend of mine Brad Hammi has a deep knowledge of te ao Māori and has worked in film and television.  He recalled in an industry workshop the challenges he faced.  A South African crew turned up to shoot a film in New Zealand based on a Māori character in Aotearoa.   The film had financial backing, they landed in New Zealand ready to shoot when he was called in as the cultural advisor.   The only problem was the lead character could have been a brown man anywhere in the world.  Except in the script he was called a "bloody Māori".   So what to do?  The Consultant Brad, worked with the writer and director to thread Māori culture and language through the film.   It added a depth and authenticity to the film and the backers were thrilled.  My friend was less than thrilled and no longer works as a cultural advisor.

And the story of 'please add the Māori bits' is true.   Those jobs are easy to turn down.

Harder though are when you are presented with a script that ticks all the boxes of a well written script but it doesn't ring true.   It's what an academic would call a colonised mind-set.

Basically the story runs "there's these sweet misunderstood kids - usually a boy and a girl - who live in a dysfunctional family who are gang members and then...."  Every second word is f'ck, lots of smoking, dacking and otherwise unsavoury behaviour.    Or they have just got our of jail and .....every second word is f'ck, lots of smoking....etc, etc ad nauseum.  Oh and therefore it's a "Māori" story.

Sadly emerging Māori script writers and some who should know better are easily sucked into this focus on a very small part of society.  As I explained to a friend 'gangs' are not part of Māori culture they are the result of a dysfunctional modern society.   Some of those who write these scripts have no knowledge of this world.    I asked one sweet young woman, "have you actually met a gang member?"  You could tell by her script that she was basically cutting and pasting from what she had seen on television or films.  It was not her life experience.

Consultants are vital and important part in the film industry.  For example if you are doing a story on horse racing you need experts in that area.  Stories based on a unique culture need those who can provide advice on the language, the nuances, the customs of the people.   Sometimes its simple, like Māori don't sit on the table and they take their shoes off at the door before entering a house.  Protocols at Māori funerals are more complex.  No that person wouldn't speak because he is too close to the person who has died.  Someone else will speak for the family.  And no way will a young woman no matter how gorgeous can or will speak on the marae BUT there are more than one way to skin a cat. 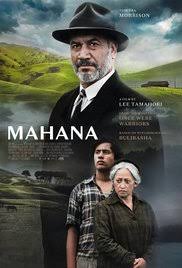 In the tangi (funeral) scene in Lee Tamahori's "Mahana" where a young man wants to make a point but can't actually stand on the marae, he speaks from the shelter of the whare-mate(place where the body lays).  His grandmother also can make a statement from that same shelter.  This is accommodating culture while still pushing forward the story.

The role of cultural consultants are vital to gain an authentic voice particularly if that voice is in another language such as Māori.   And like English the language changes with the person, the context - think a mother speaking to her infant child; a politician in parliament or a sailor or a woman healer.

Māori consultants bridge worlds.  Dr Ella Henry, foundation member of Ngā Aho Whakaari the Māori screen representative organisation writes that Consultants provide an authentic voice and story with a Māori view.  Without a consultant productions run the risk of creating shallow inauthentic stereotypes that teeter from laughable to outright racist.   Many Māori find the role frustrating. They can't make the decisions, they advise and hope that the director and/or producer are listening.

But Māori are not the only culture who work to get their authentic culture across.   It is interesting that one of the largest production company in the world, Disney has moved to become more culturally authentic.  Disney has according to Joanna Robinson's 2016 article in Vanity Fair, been dogged by accusations of cultural insensitivity in the past and the present.

Auli'i Cravalho the film's young Hawaiian teenage star says in the article that she had concerns with the story of Moana.  To her the film was inspired by a culture, her culture that she wanted to feel good about.

Disney went to extra lengths to ensure authenticity which led to the founding of the Oceanic Trust with anthropologists, cultural practitioners, historians, linguists, and choreographers from Pacific islands including Samoa, Tahiti, Mo’orea, and Fiji. 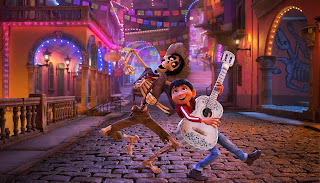 The animated film "Coco"  centers on Dia de los Muertos - the festive holiday celebrated in Mexico to honor the dead.  Reggie Ugwu wrote in the New York Times in 2017 that naturally Pixar writer and director Lee Unkrich was excited when he got the green light for Coco but he grew up outside Cleveland, is white and had no firm connections to Mexico or its traditions.

He worried that he would be accused of cultural appropriation.

So what did Unkrich do?  He researched, went to Mexico asked questions of experiences from his Latino team then he turned to outside cultural consultants to vet ideas and suggest new ones.

Most (not all unfortunately)  will advise you to talk to someone they respect or know.   Your networks and the industry guilds can guide you.  Universities and polytechs are great sources, just don't let them re-write the actual script.  Academics can turn your tightly written screenplay into an academic tome in no time. 😛

Seriously though a cultural consultant needs to know and understand the script.  There have been times when a script has to be re-written the night before a big shoot when it is realised that the grand finale is actually a cultural minefield.

For a consultant to work effectively ideally they need to be brought on while the project is being developed.  There needs to be clear communication with the key creatives and heads of departments.  They add value to your end product - hello!

Cultural consultants are usually highly regarded in their communities and culture.   They should be treated with respect - otherwise the entire Māori world hears about it.  Long before social media, Māori had and still maintain an effective flax-roots network that is more efficient than any well-funded international or national news media organisation.

Cultural consultants also need to meet cultural expectations for example if he/she take the film crew onto the local marae there are no shortcuts.  Cultural protocols exist and are expected to be recognised and respected.  The local people will not be looking at the "stars" or the world-famous director, they will be counting on the consultant to protect the integrity and mana of the tangata whenua (the local people) as well as uphold customs and rituals.    Don't be surprised if the Sound Operator gets mentioned in the speeches of welcome, he's probably a local or known by them.  Māori 'mana' and 'mana' in the rest of the world are two totally separate entities.

However the role of the Consultant is debated within the Māori and other Indigenous worlds - it's about recognition of culture and language true but when will  the Consultant be the decision maker?