Skip to main content
Posted by Kiwi On Screen October 20, 2019

The Demise of NZ Broadcasting? 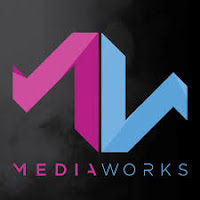 A clear signal of the death knell of television broadcasting as my generation know it is the announcement  that Media Works will be selling channel Three.  No buyers - then TV3 will close possibly before Christmas.

Media Works is to be broken into two parts, the profitable radio and outdoor advertising will be retained while the money losing television arm is to be sold.

The loss of Three to New Zealand broadcasting is immense.

Changing consumer habits, video on demand such as Amazon, Netflix, Youtube and online platforms have gutted local television broadcasting as it has throughout the world.    To add to the mix are the  entrants into the domestic market such as Spark and Vodafone with the burgeoning development of multimedia radio stations supplying podcasts, video content and radio content.

A handful of iwi (tribal) Māori radio stations and the state funded Radio NZ are exploring and developing their multimedia arm.  Radio NZ with an injection of finance from the then incoming Labour government are actively forging ahead with its multimedia platform.

Three broadcasts 30 percent of the local independent New Zealand productions and has a newsroom with strong political journalists.  It gives an alternative view to the national broadcaster TVNZ.

New Zealand will be left with essentially one national broadcaster TVNZ, the state owned enterprise that operates as a fully commercial entity required to maximise profit and return a dividend to the government.

If Māori Television had the wherewith-all this could be the opportunity to become a major player rather than a sideliner.

But Māori Television lacks the financial resources being grossly underfunded by the government and locked into rent of a ridiculously expensive building in the wilds of East Tamaki.    Māori Television struggles to attract and hold audiences or to make a substantial inroad into the tight New Zealand domestic broadcast landscape.   Successive management have let slip the opportunities to invest in online platforms and distribution.  It is now playing catchup but sadly once again is hampered by lack of funds and vision.

All is not rosy at the state broadcaster either.  TVNZ recently forecast a $17m loss in the 2019/20 financial year.   The government has agreed that TVNZ do not need to pay a dividend this year and possibly for the foreseeable future.  Profits have decreased for several years and  TVNZ is now turning its attention back to the domestic market.   It has invested in its online platforms with some success.

Free-to-air channels joined forces to provide a platform for viewers to watch TVNZ's Ondemand, ThreeNow and Māori TV Ondemand   For Māori TV the Ondemand ratings are much higher than its broadcast ratings. 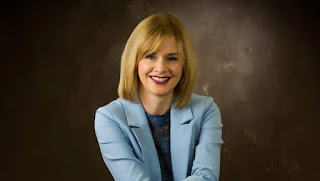 So how will this affect Māori in the screen industry?  Basically the demise of Three wipes out a third of the possible market for independent productions including Māori.  Māori and Pasifika have over the years benefitted from the alternative to TVNZ.  Three has a history of risk-taking productions including the animated Bro' Town and Outrageous Fortunes to name a few of my favourite local productions.  Today 'The Crowd Goes Wild' and 'Seven Days' are popular in my household as well as 'The Hui'.

Three has also brought some of the great international drama and format shows with a Kiwi twist to New Zealand screens.

Politicians are giving mixed signals from 'don't care' to we are watching this space.  Presently in New Zealand there is a review of public broadcasting and the Māori Media Sector Review.  Announcements are due to be made in December as the government tries to strengthen public broadcasting in a rapidly changing media environment.    But for Three it may be too little too late.