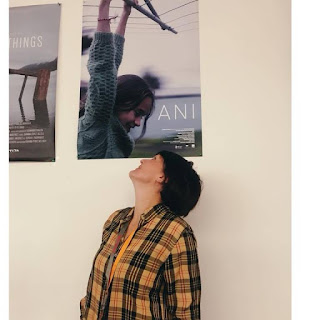 Short Films are not only an art-form in their own right but are also a "show card" into the feature film industry.  Taika Waititi’s first film “Two Cars One Night” was a finalist in the Oscars. It launched Taika’s career as a film writer, director and actor.

Shorts provide access for filmmakers to break in and hone their craft on the long road to making a feature film. For indigenous, women and other minority group filmmakers it is often the only way to prove their worth and gain access to the hallowed feature film fraternity.

In a press release Show Me Shorts says the jury called "Ani" a perfectly formed short film. “An immense amount of thought, talent and effort has clearly gone into this film from everyone involved, and the result is a natural, powerful and relevant story.”
Winning the award of Best NZ Film entitles "Ani" to be entered into the Oscars.

The Director and Editors Guild Best Editor Award went to Annie Collins for "Rū".   "Rū" co-written by Awanui Simich Pene and Sebastian Hurrell, was produced by Lindsay Gough and directed by Awanui Simich-Pene.

Both films are Aho Shorts films. Ngā Aho Whakaari (NAW) the Māori screen industry guild is honoured to be able to give Māori film writers, directors and producers an opportunity to make their films.

Ngā Aho Whakaari with devolved funding from the NZ Film Commission supports three short films a year with an emphasis on Māori kaupapa, Māori stories and Māori key creatives and crews.   It provides a stepping stone not only for the key creatives that is the writer, director and producer but also for crew wanting to move up from say Camera Assistant to Camera Operator or Camera Operator to Director of Photography(DOP).

The opportunity allows short films to be made below cost due to the good will of the crew and as an opportunity to develop skills and further their careers.

I have had the honour of working with some of NZ's top DOP on short films where the renumeration is merely a token of appreciation. These DOP in turn attract top notch crew keen to show their abilities.

Competition for short film funding is fiercely competitive. Workshops and courses help writers to sharpen their skills but there is nothing like having your work turned into a film to hone script writing into a craft.

The NAW shorts have won awards and acclaim for the Māori writers, directors and producers which otherwise would not have been made.    Each year NAW tries to support at least one short films which is totally or mainly in te reo Māori.

But the leap from short to feature is still a long jump. There has been only one Māori woman director funded feature film by the NZ Film Commission and that was over 30 years ago.

Māori men have fared better with international successes such as Lee Tamahori "Once Were Warriors" (1994) and Taika Waititi "Hunt for the Wilderpeople" (2016). Others making their mark include Tearepa Kahi "Herbs- Song of Freedom" (2019) Paora Joseph "Maui's Hook" (2018) and Heperi Mita "Merata - How Mum Decolonised the Screen" (2018) and Peter Burger directing "Darklands" a Netflix drama series.

The challenges are many but the passion and drive to tell Māori stories through a Māori lens continues.